On the 24th April, the Nottinghamshire 9U team travelled up to Sheffield at the Graves Health and Sports Centre to compete in the Northern National Finals. The counties that we were up against were as follows: Yorkshire, Cambridgeshire, Lancashire and West of Scotland.

In our first four singles, we were up against a very strong Cambridge team. Ethan started off the campaign battling hard but losing out 4-2 as the number one seed! After some close games going to deuce and high level matchplay, the boys were down 4-0 overall in the rubbers. In the doubles, both Joseph/Henry and Max/Ed took their opponents to a tie-break to finish the set, again Cambridge were resilient, and it showed as they took both doubles in the end.

Next up we took on West of Scotland in which Max took the only win out of the six. The rest of the boys took some games off their opponents and were rid of all the nerves from the first set of matches. With Yorkshire up next the boys had individual goals to stick to regardless of the outcome on the day. This allowed them to play with discipline but to also look to the future when the day was over.

Joseph, who’s seven-years-old was up against the number one player in the country. While leading 3-0 and with two match points, his opponent took the initiative, played with steadiness and took opportunities into his own hands. Unfortunately, Joseph lost that set 7-2 in the tie-break but took so many lessons from the match which will aid his future development. Henry took a big 4-1 win playing at number two which left Nottinghamshire 5-1 against Yorkshire.

Going into our final set of matches it was now about survival against Lancashire. A special mention to Ed Butler who played his singles match with so much aggression and a positive attitude with every point. Although he came short in the tie-break, both Ed and his opponent knew who was in control with both players showing mutual respect at the end. Ethan and Max took their singles win followed by Ethan/Ed and Joseph/Henry taking their doubles win.

The day concluded with Notts coming in 4th place overall, a day of learning but also understanding the meaning of team spirit through an event like the Northern National Finals.

Proud of all the boys and girls in the other hall representing Nottinghamshire at such a young age. Thank you again to all the parents and Jill Shelvey for coming out to support.

Results can be found here. 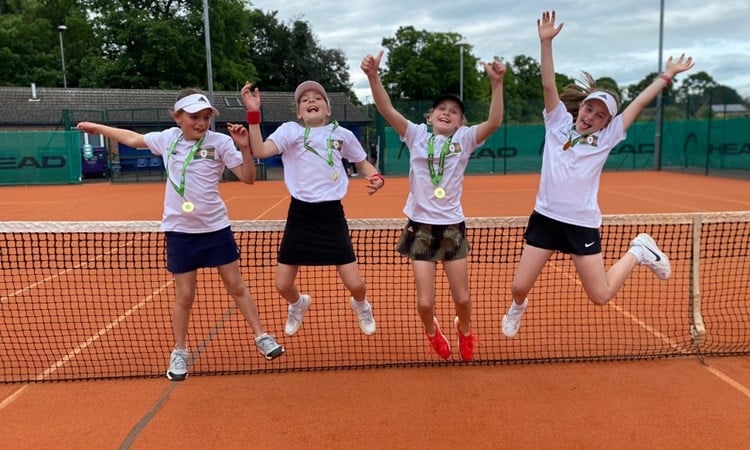