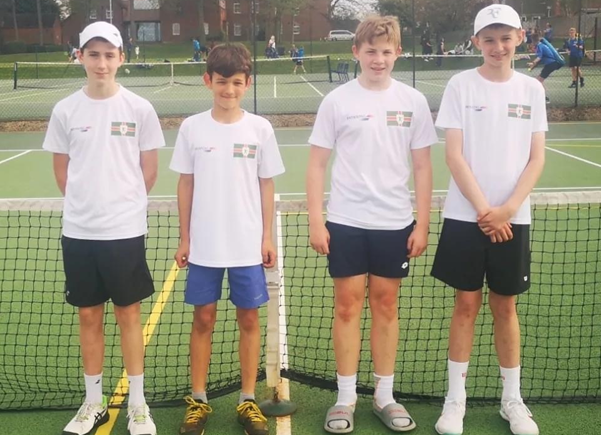 The Boys 14U County Cup was held at Repton for Nottinghamshire, where they faced Yorkshire, Lincolnshire, Leicestershire and Derbyshire. Originally the format was to have 6 counties, where 2 groups compete in a round robin before playing off against the teams in their position from the other group. However, Bedfordshire withdrew from the group meaning the format changed to a round robin where every team played each other.

On the first day, Nottinghamshire faced Leicestershire and Yorkshire. Each fixture involved a minimum of 4 players, starting with 2 singles matches, followed by the other two singles matches before playing doubles. Nottinghamshire did fantastically well to start off with 4 singles matches wins, getting the first win of the weekend vs Leicestershire. The pick of the matches was a fantastically fought singles match with Oliver Melady having a total of 6 match points before finishing the match with a thunderous forehand! The boys won the doubles too, a great start to the weekend with a 6-0 victory.

Yorkshire, however, posed a more difficult challenge with their top 2 players both ranked in the top 10 nationally. The boys fought hard in the singles but it wasn't to be as Yorkshire opened a 4-0 lead. However, the doubles was a great story for Ben and Oliver who stole the second doubles rubber 10-6 to deliver Yorkshire’s only loss of the weekend. 5-1 to Yorkshire was the final results, who went on to qualify for the National Finals. We wish them the best of luck.

On the Sunday, Nottinghamshire had a late start (with only 5 counties, 1 county sat out each round) and played Lincolnshire, followed by Derbyshire. The Lincolnshire singles matches were split, and the two losses were great matches. Elijah lost a fantastically fought contest 2-4 4-3(7) 8-10 and Jasper lost 3-4(5) 3-4(6). Both of them can be extremely proud of their matches. Second pair Ben and Oliver won their match quickly to give Notts a 3-2 lead in the fixture. Jasper and Elijah won 4-0 1-4 10-7 in their doubles to seal another victory for Notts!

In the last match of the day, Nottinghamshire gained a small amount of revenge over Derbyshire (Derbyshire mens had beaten Notts mens last summer) with a 5-1 victory. This gave Notts second place in the group.

It was a great weekend for the boys as they enjoyed competing against all counties. A shoutout to their stamina as they were the only team with just 4 players (due to injuries to others), and all boys played 8 matches in 2 days.

Jasper and Ben move into the 18U age groups next year, but Oliver and Elijah will be practising hard to do one better next year and hopefully win the group!

Thank you to all of the parents, and fellow supporters, for being there throughout the weekend.

You can find all of the results here.

10U Boys come second at Corby

The 10U boys continued the 12 Counties series over in Corby competing in division 2A against Norfolk & Leicestershire and Middlesex. 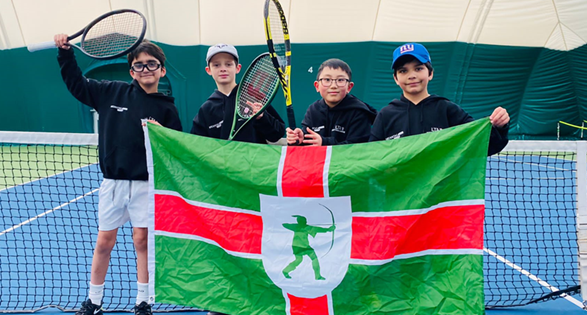